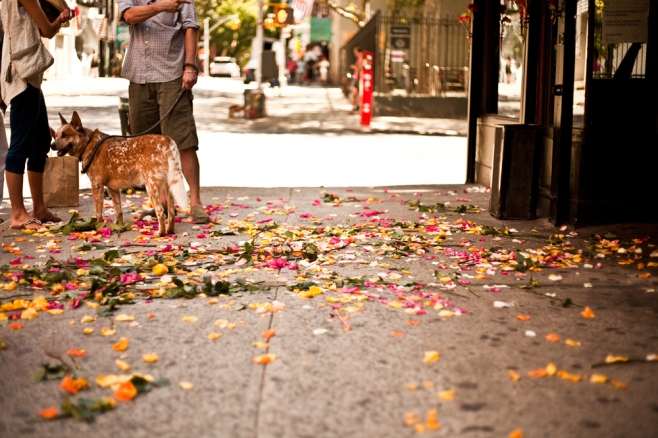 Hello again! Sorry that this installation of the series is a day late (and probably a buck short).  I’m also going to apologize that there is no tutorial video to accompany this post. Sam is currently holding things down in Finland for the next couple of weeks. Hopefully we will shoot some more videos when he returns stateside. Until then, I hope that text and images can tide us over.

As much fun (and important) as shutter speed is. The aesthetic and mood of most of our images will mostly likely be dictated by our aperture settings. Candidly, I will admit that having a good handle on aperture settings probably trumps fully understanding shutter speed. Why? Because there are so many factors tied into the aesthetic quality of the image, that depend on aperture, besides just exposure. The main one that I’m referring to, is of course depth of field, which is sometimes referred to as focal plane. Those are a couple of terms that you will probably want to remember, especially depth of field.

Ok, just to review the basics about aperture settings as they pertain to exposure– Remember example of filling the bucket. The aperture is akin to the size of the hose in the bucket example.

Ok, I really meant to set up some shots this weekend to demonstrate the different effects that can be achieved with different aperture settings. Alas, I was running around like a chicken with its head cut off, and I didn’t want to postpone this installment any longer. So, I’m going to use some images (still recent) from former shoots that demonstrate the differences. First of all, what is depth of field? Great question. There are scads of equations that you could memorize to explain it. But, here is the simplest explanation: depth of field is the distance between the closest object (to the lens)  that is in focus, and the furthest object that is in focus. I was going to scratch out another crappy diagram, but there was a pretty good one on Wikipedia under a cc license. So I used it instead.

In addition to aperture size, focal length and distance to subject play into depth of field. For the moment let’s just concentrate on aperture.

Here are a couple of quick examples of different aperture settings. You may remember them from this shoot.

Again, sort of ignoring focal length and distance to subject for a minute. This image was shot at f/4. Notice how the subject is nice and sharp, but the background  is much softer and not in focus (and the same would be true for the foreground, had I included any in the composition). 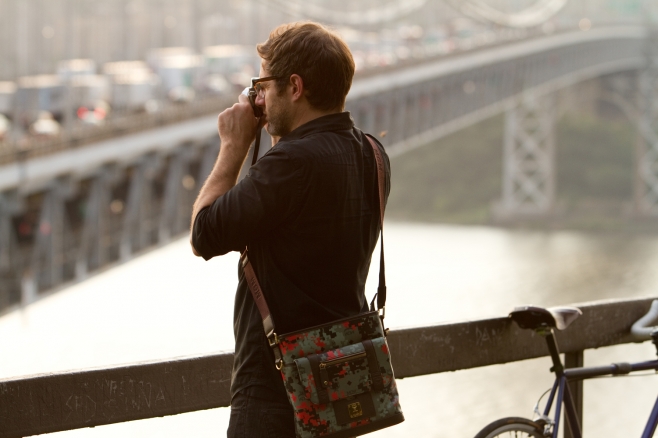 This image was shot at f/13. Yes it is a much wider angle, as well. But, notice that the cars are in focus and even the far tower of the bridge is a lot more sharply defined. 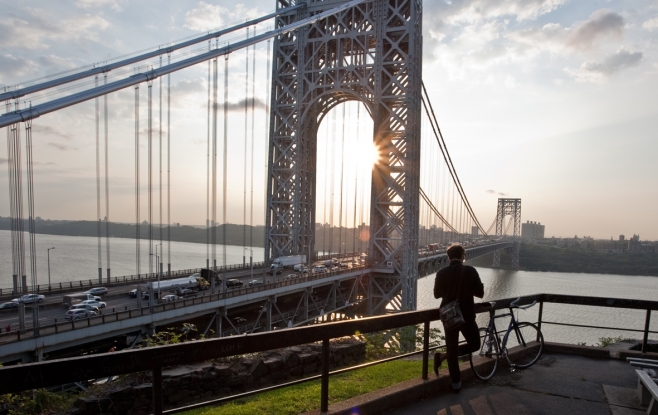 And uhhhh, since I used such differently composed images for the examples, we might as well throw in some extra terms, touching on focal length. The sort of “standard” focal length is right around 50mm. So, back in the day if you were to buy a point and shoot that had no zoom (remember, on an SLR, we call this type of lens “prime”), it was probably around 50mm. With a 50mm focal length as a reference, here are two additional terms–

“wide angle” a focal length less than 50mm (the second example image above was shot at 20mm). Super wide angle lenses will have some lens distortion. Fish-eye lenses are a good example of that.

“telephoto” a focal length more than 50mm, also referred to as a “long lens.” The first example above was shot at 115mm. As a general rule, if the image appears closer when you hold the camera up to your eye than it does in real life, the focal length is probably considered telephoto.

This post was kind of quick and dirty. Next time I will talk about how focal length and distance to subject interplay with aperture to give us the desired depth of field. But for now, let’s recap:  we learned that larger aperture settings give us more light flow and shallow depth of field. Small aperture does the opposite. Now, lets do some homework.

Let’s experiment with aperture. If we want to let the camera do the work on exposure, set the camera to aperture priority mode, “AV” for Canon. If we are feeling adventurous, go ahead and use “M” for manual, keep in mind that you will also have to change the shutter speed on “M” to get the right exposure.

Shoot in a well lit situation, so that you don’t have to worry about under exposing on a small aperture setting. Then shoot one of each–

1. One image with shallow depth of field (with the aperture wide open).

2. One image with everything in focus (the aperture stopped way down).

Extra credit: see how zooming in and out/changing distance to subject affect the depth of field.