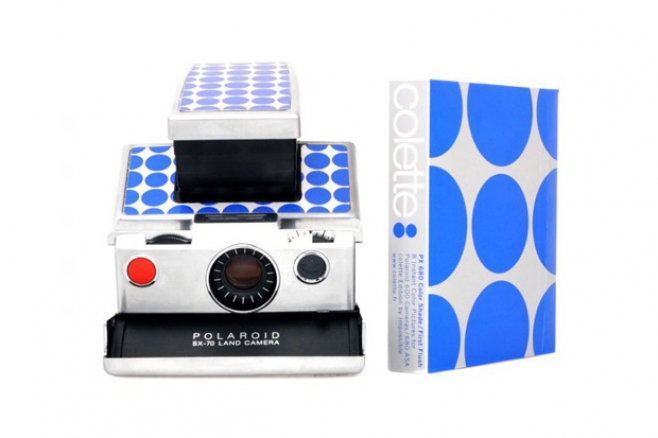 I know that there has already been large amounts of camera-speak on Jake’s Mag, this month. But, I saw this fantastic looking camera today, and began to covet. According to Hypebeast:

Parisian boutique colette has teamed with The Impossible Project for a limited number of (50) SX70 Cameras and PX680 Film Kits. Distinctly bold from a physical standpoint, the camera has already been tested out by a number of professional shutterbugs including Mark Borthwick, Lisa Eisner, Vava Ribeiro, Ed Templeton, Todd Selby, Matt Jones, Olivier Zahm and Terry Richardson. These original Polaroids will then be showcased at the colette store. The SX70 Camera retails for €540 EUR (approximately $720 USD)

I have a pair of Polaroid 230 Land Cameras, and love them. Even though my past experience with Impossible Project has not been the best (the film is super temperamental), I would be willing to give Impossible Project another chance, to be able to shoot a bit with the SX-70. I’m even more inclined, since it apparently already has the stamp of approval from Ed Templeton and Terry Richardson.

Posted in Art, Photography and tagged art, i want this, photography.